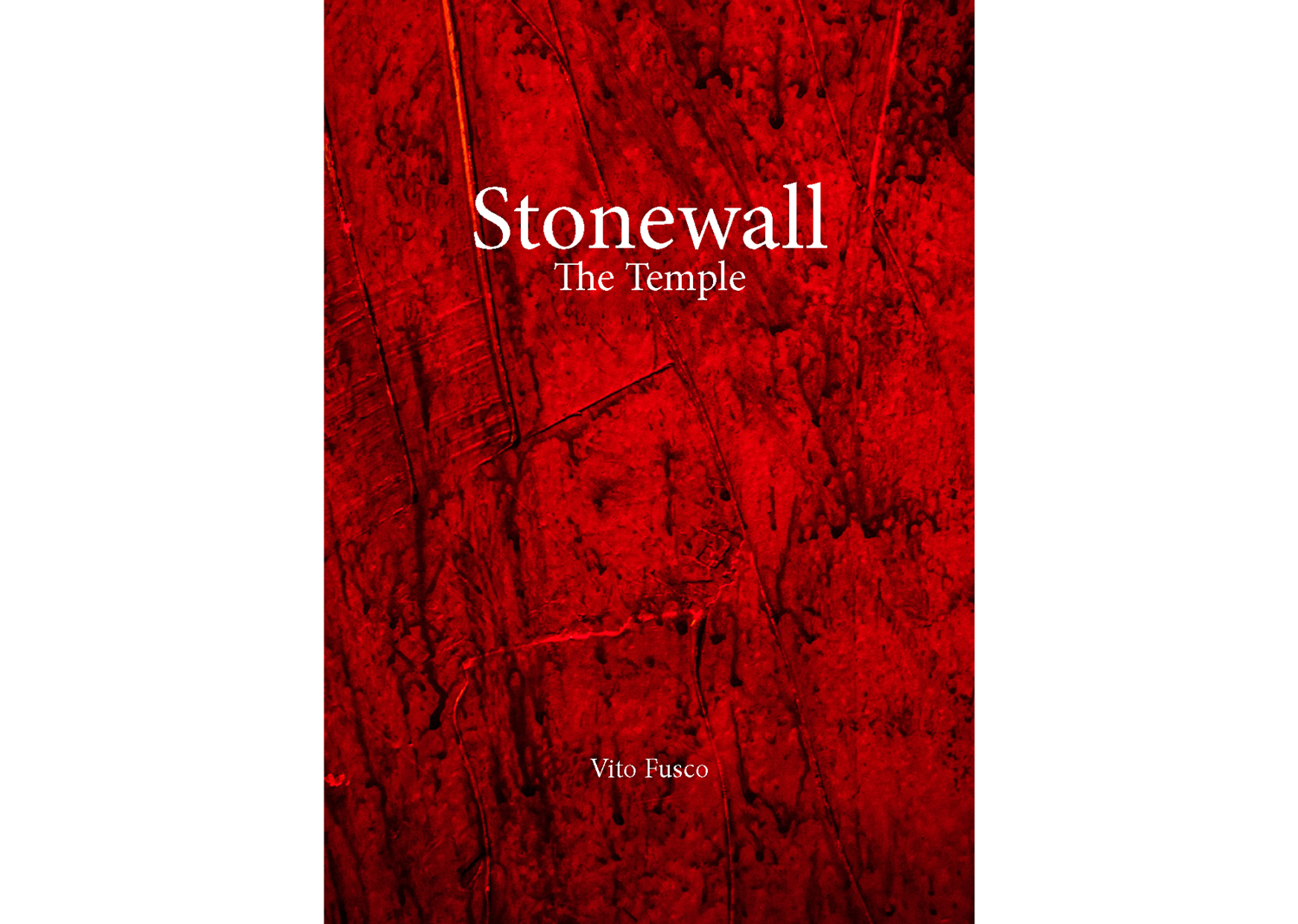 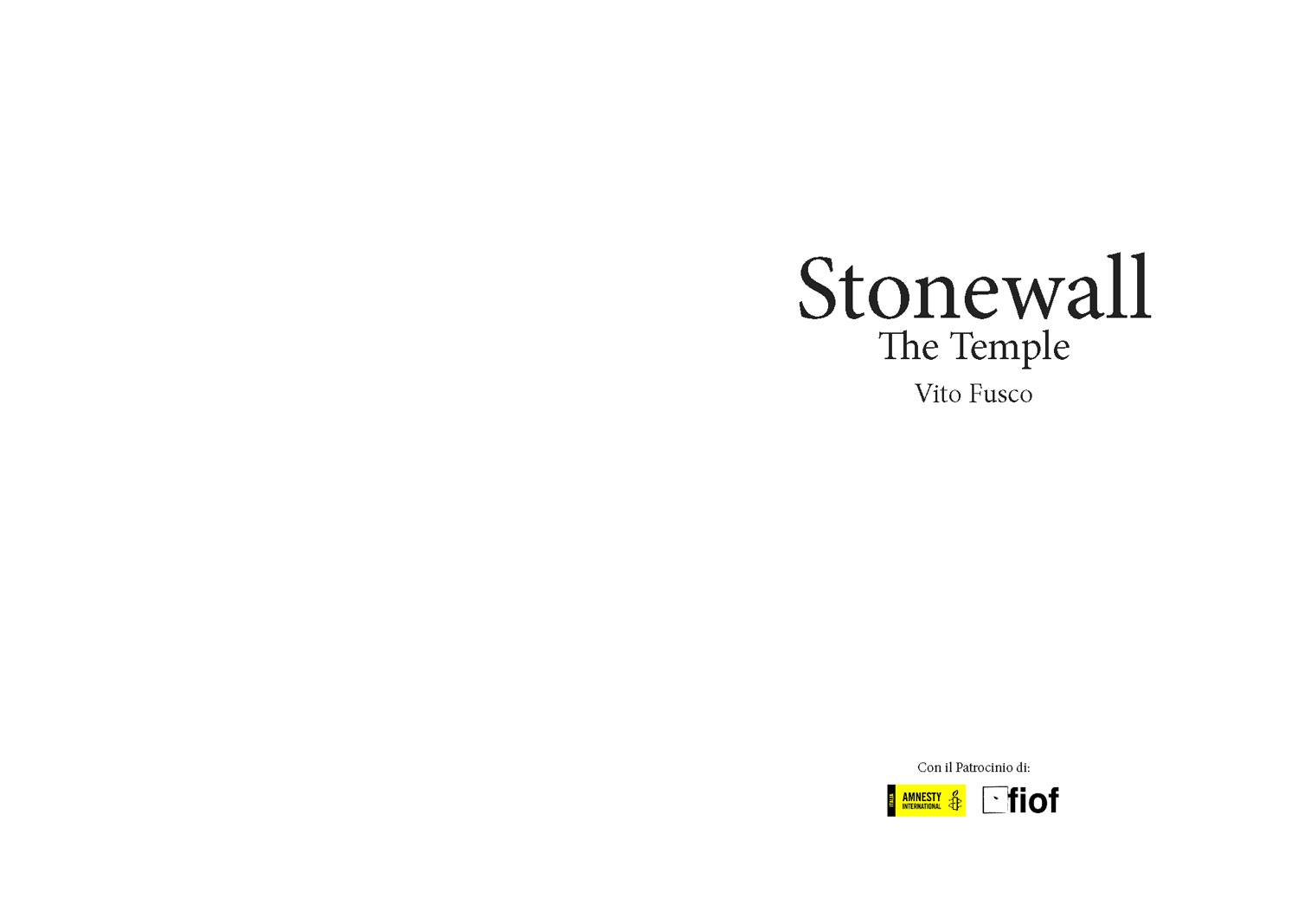 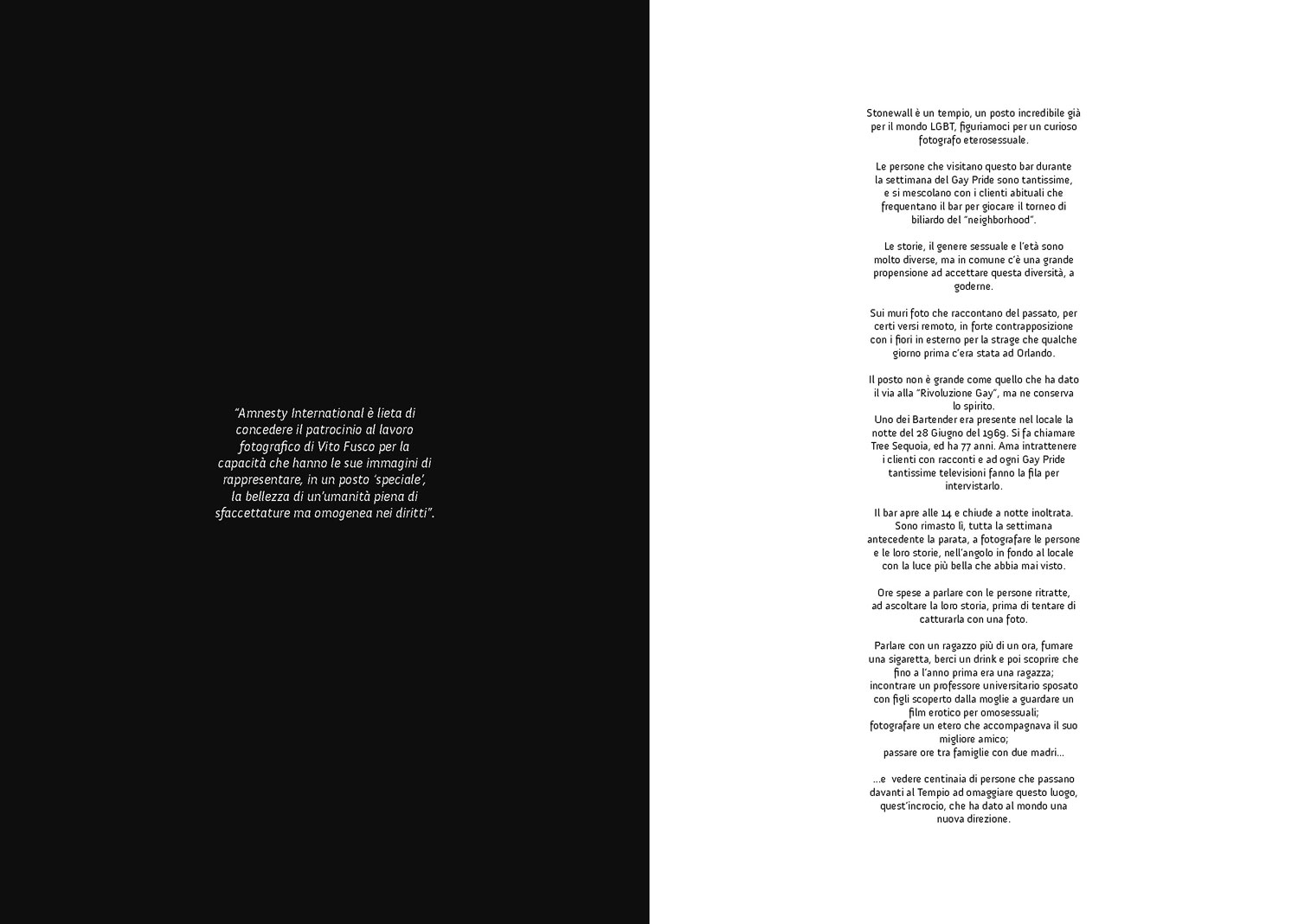 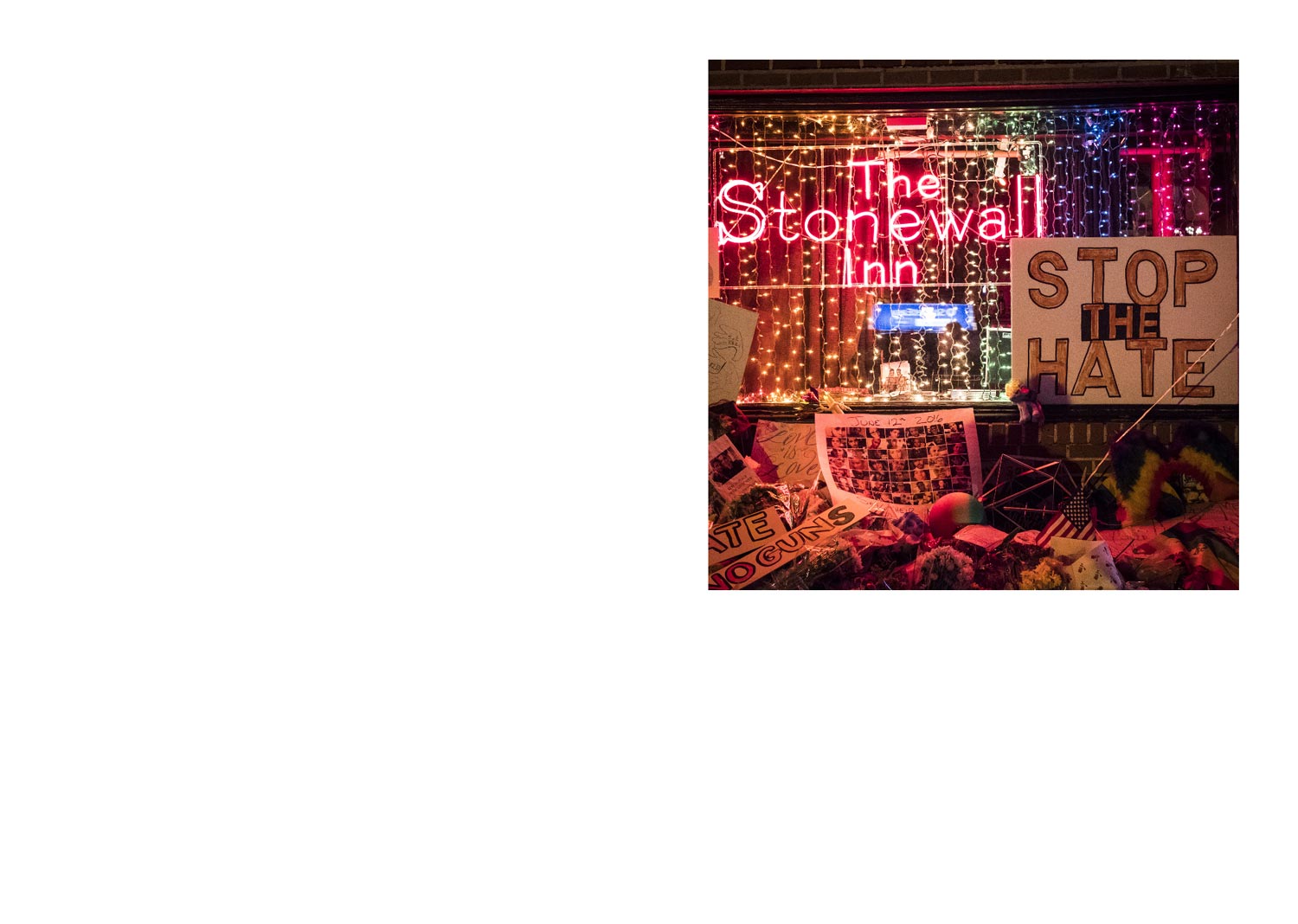 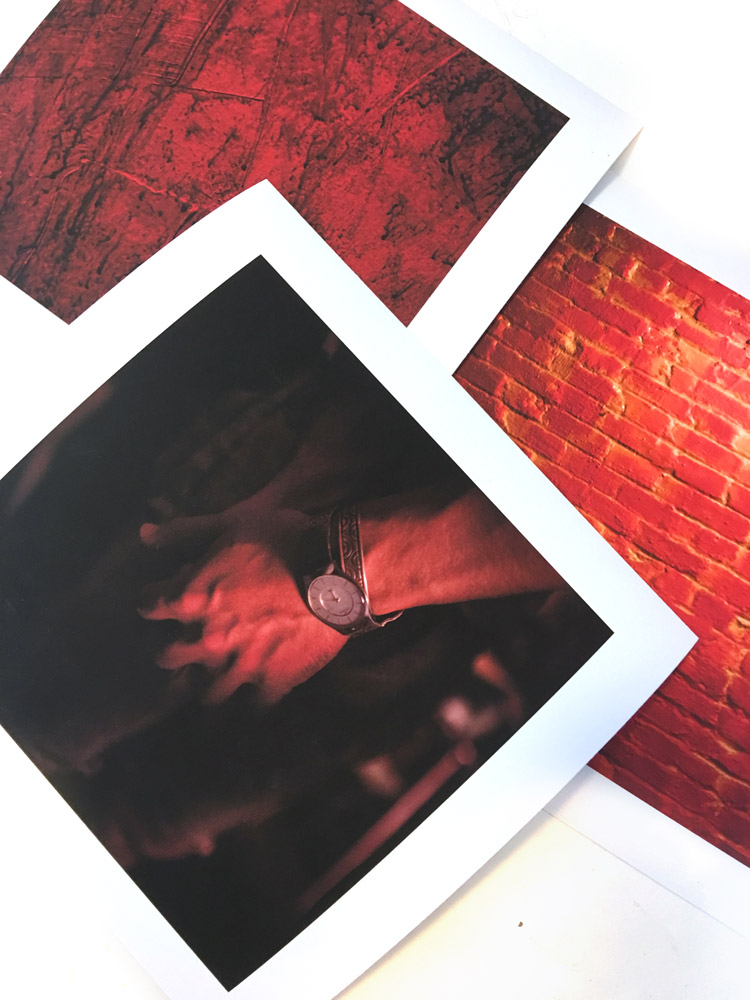 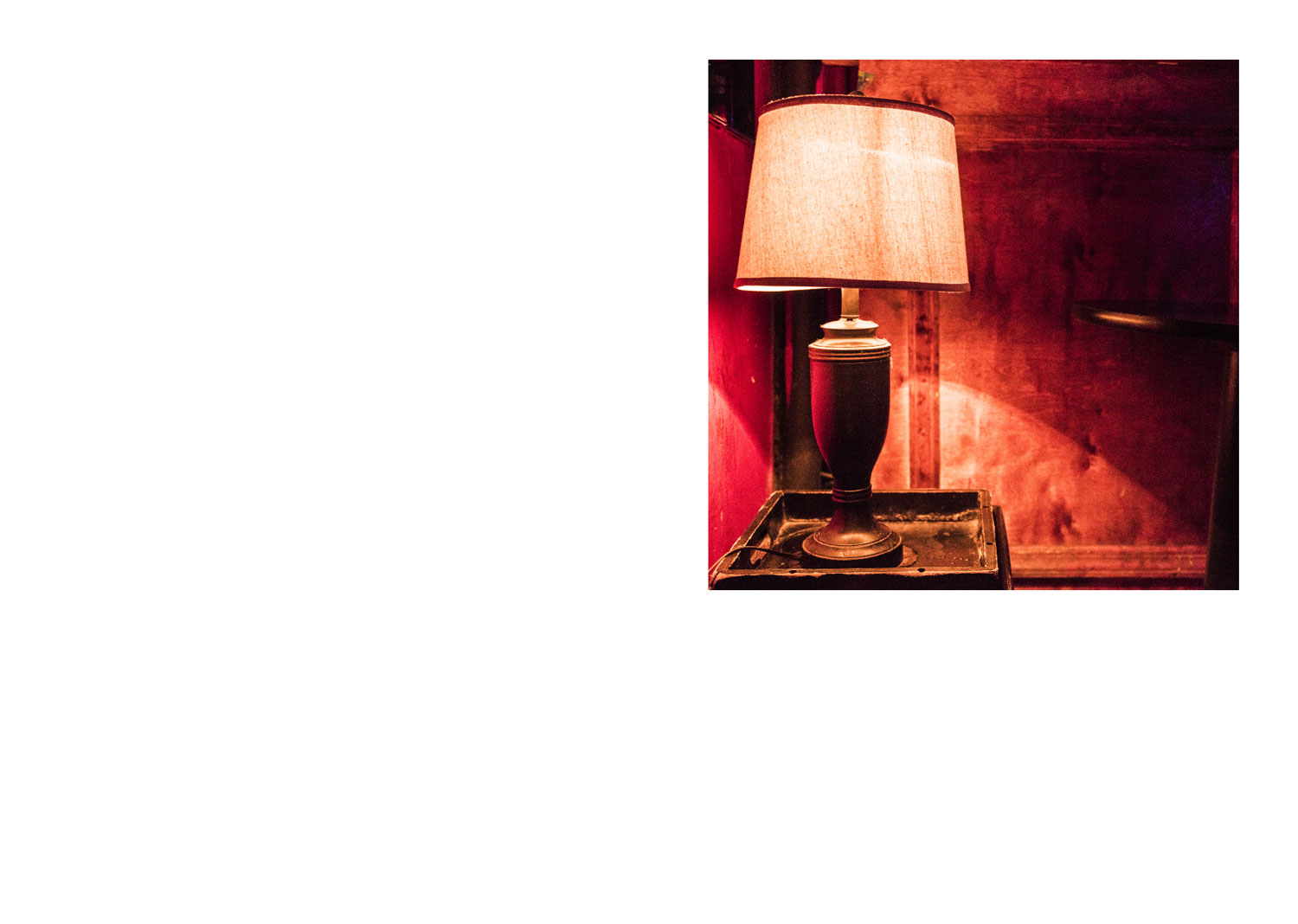 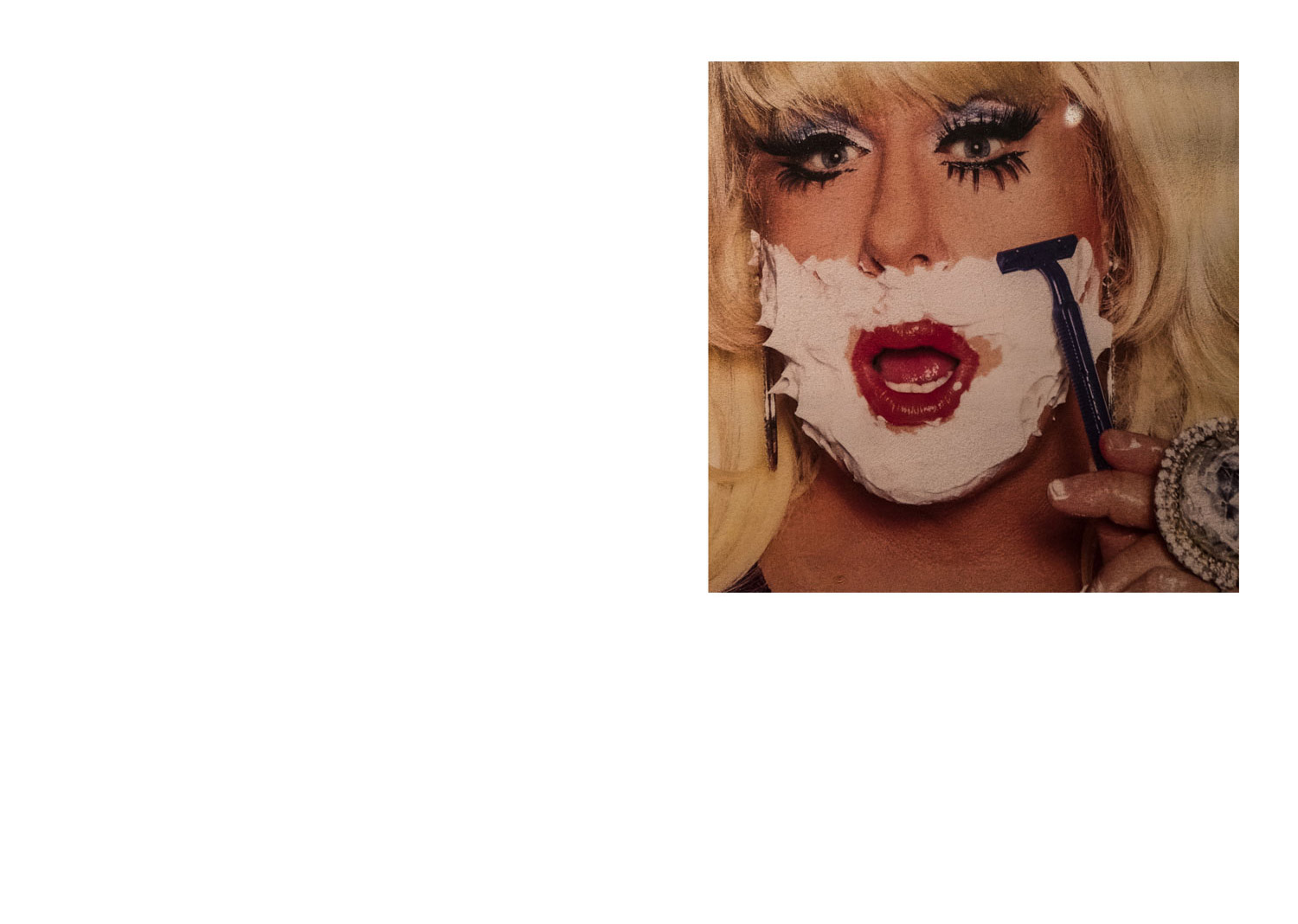 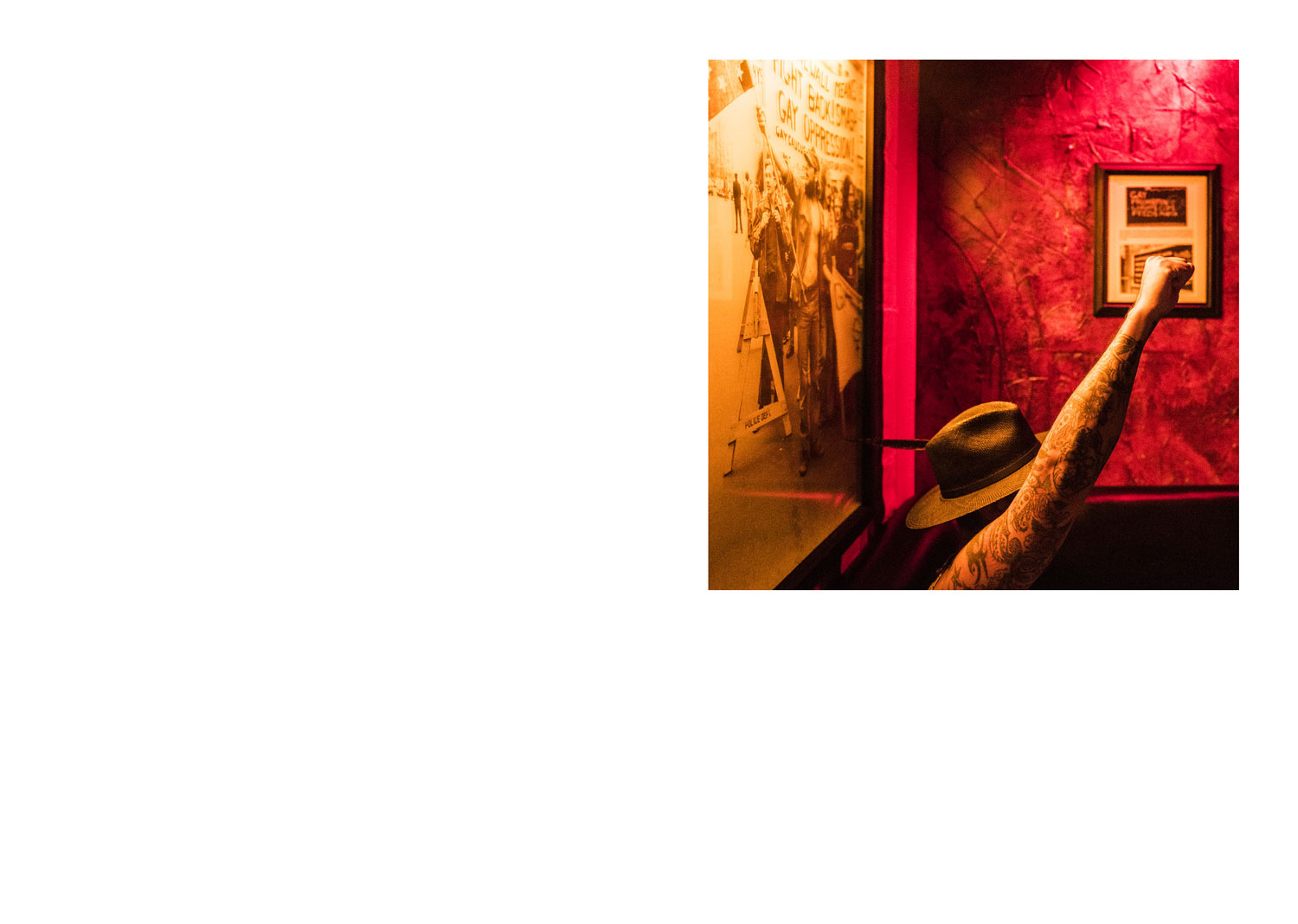 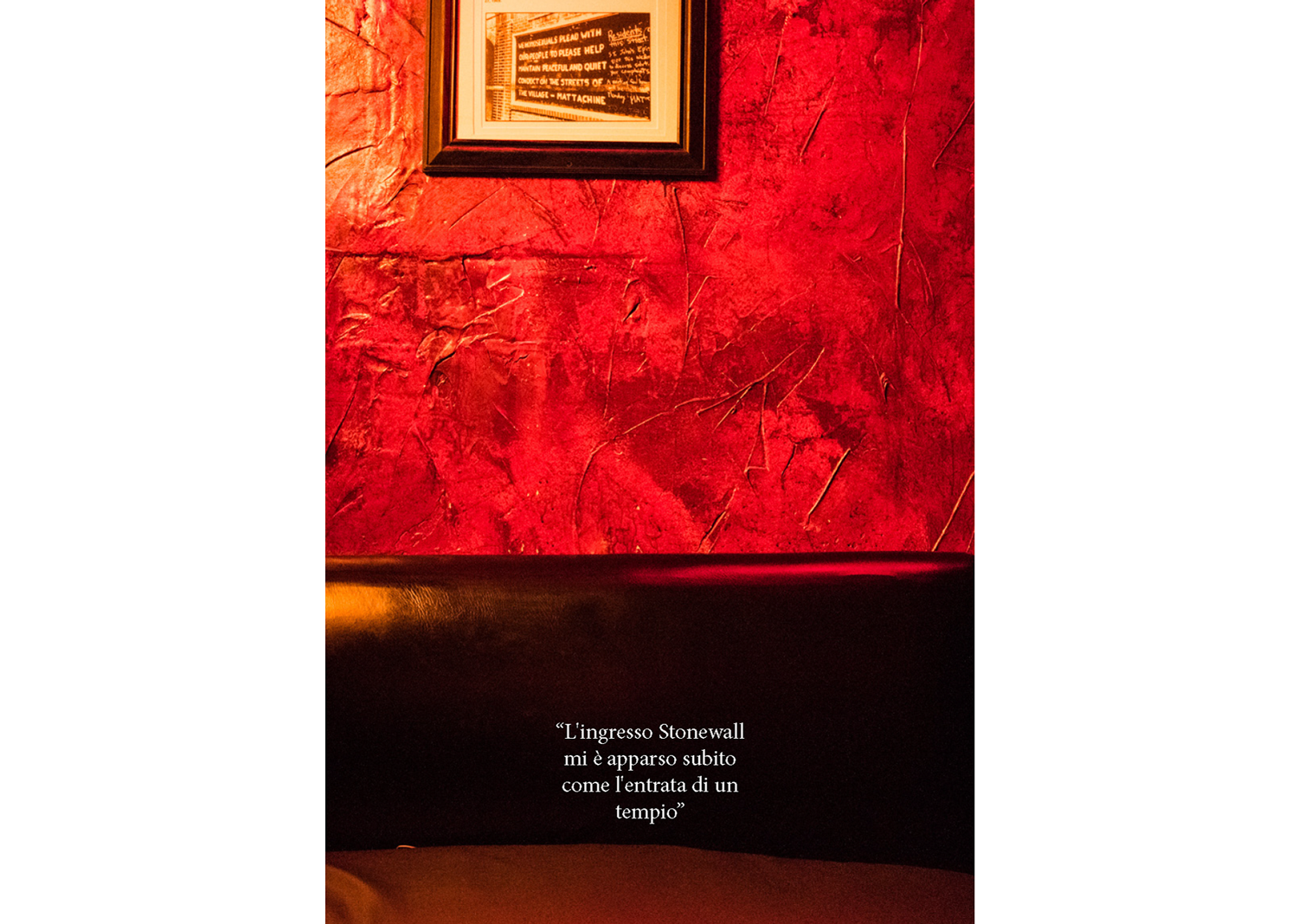 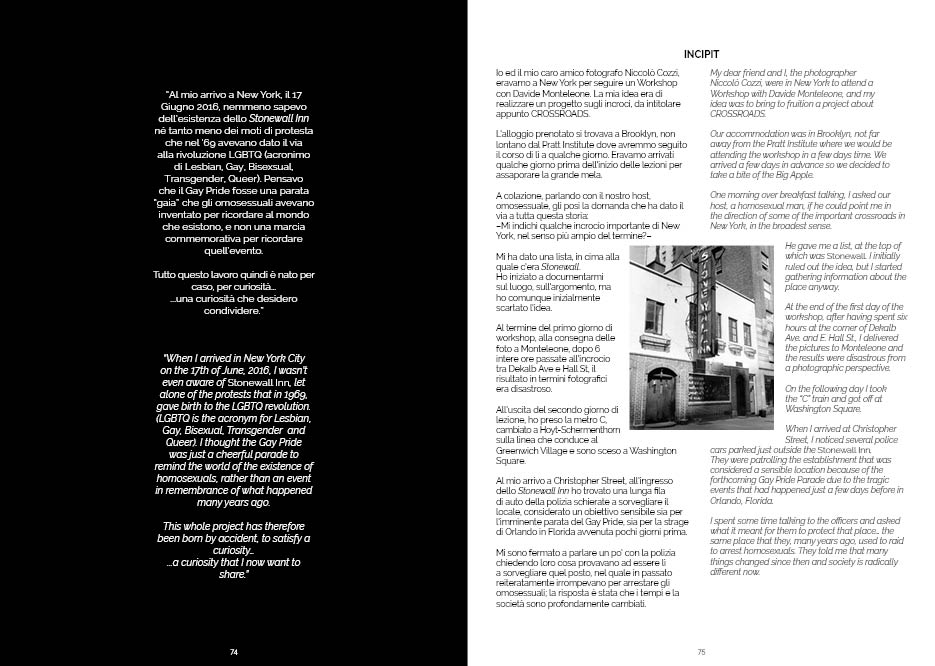 Stonewall is a temple, an incredible place even for the LGBTQ community, let alone for an inquisitive heterosexual photographer.

So many people visit this bar during the Pride Parade week and they blend with the habituals competing in the neighbourhood pool tournament.

The stories, sexual orientation and age might be very different but they all have in common the propensity to accept this diversity and thrive in it.

On the walls pictures tell stories from a seemingly remote past in stark contrast with the flower laid outside the building in remembrance of the Orlando massacre happened just a few days before.

The place is not as big as it was when the
“Gay Revolution” started there but its essence is still very much intact. One of the bartenders was there on the 28 of June, 1969.
He’s 77 now and his nickname is Tree Sequoia. He loves to entertain the patrons with his memories and every year broadcasters line up to get an interview with him.

The bar opens at 2pm until late night, I stayed there the whole week before the parade, sat in a corner at the back of the room with the most beautiful light I’ve ever seen capturing the people and their stories with my camera.

I spent hours talking with the people, listening to their stories before turning those memories into pictures.

..and witness hundreds of people showing up to the temple to pay tribute to this place, this crossroads that gave the world a new direction.

If you are a FIOF’s member you have a 10% discount.