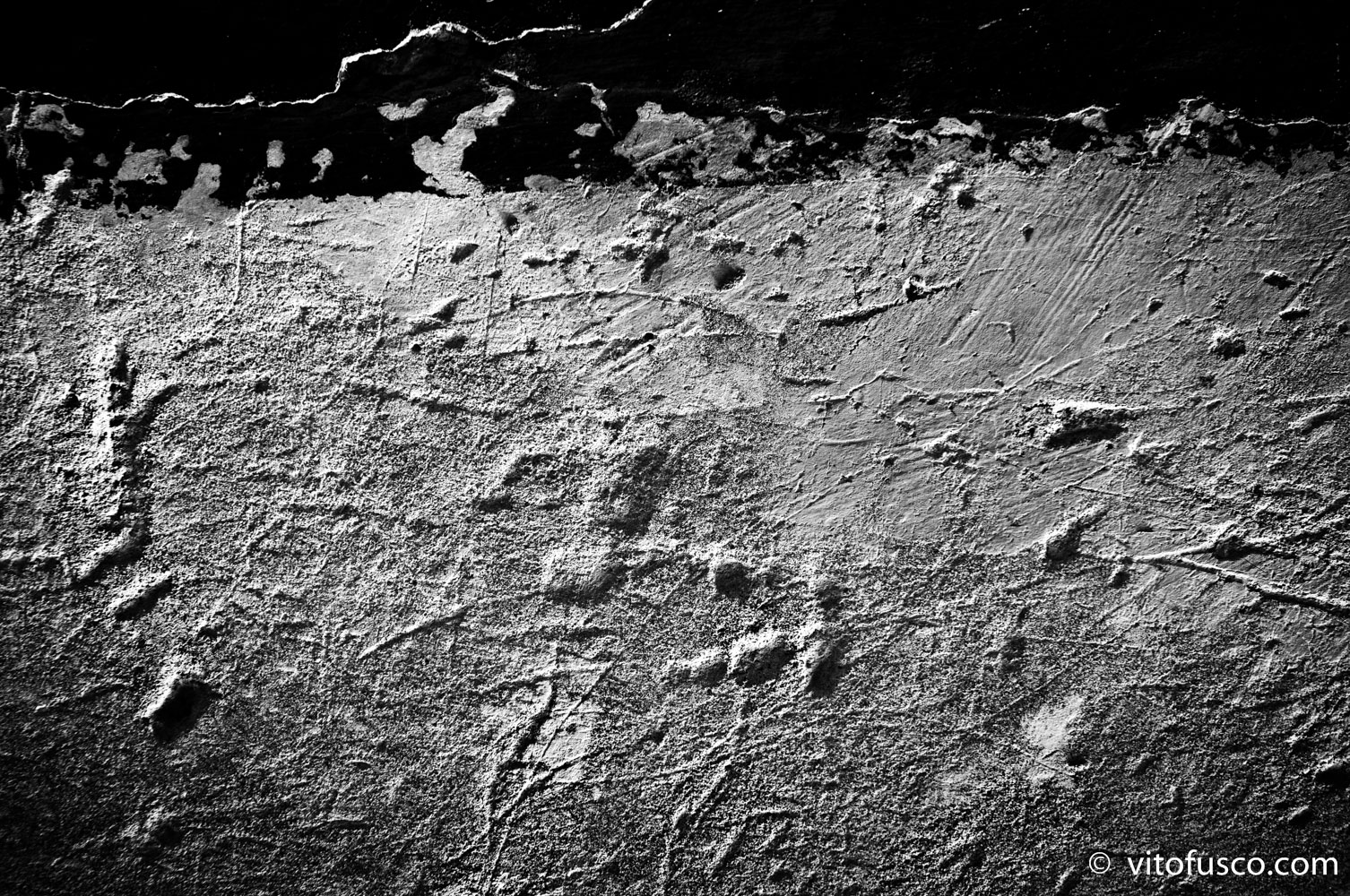 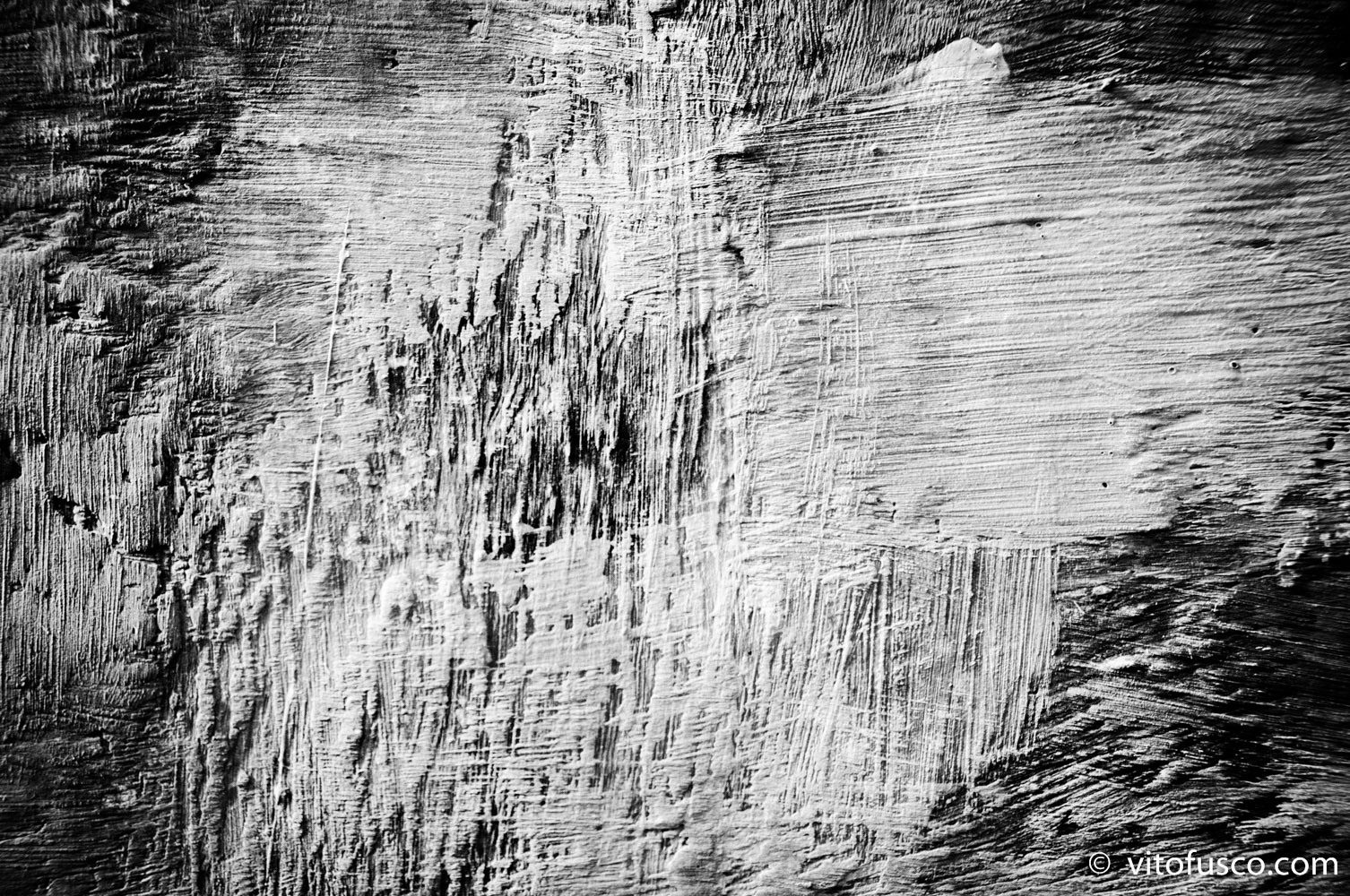 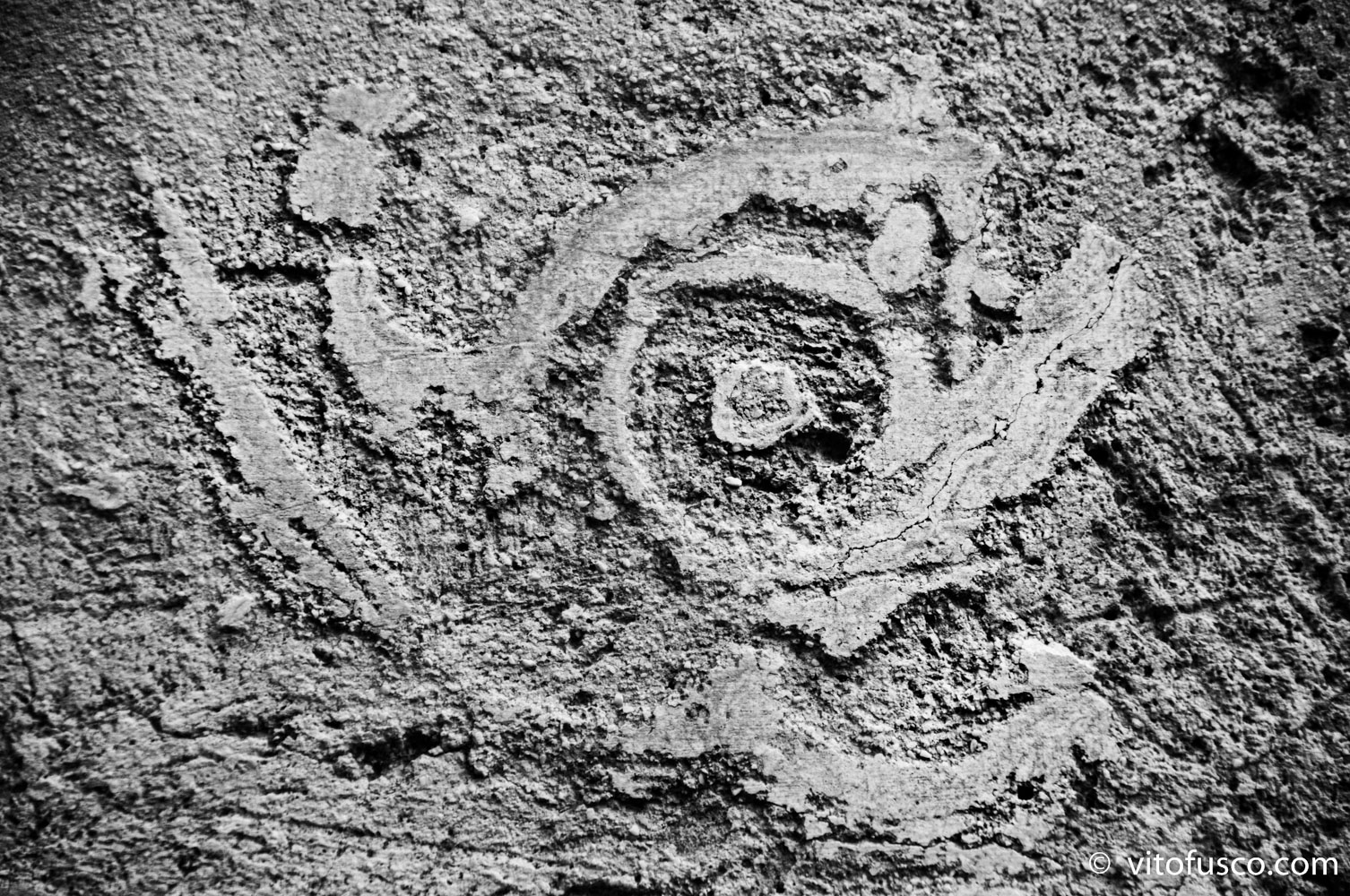 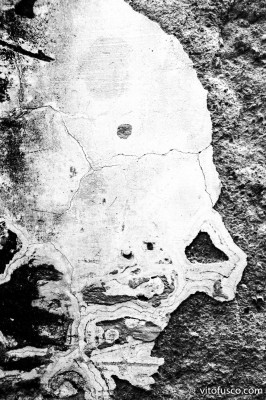 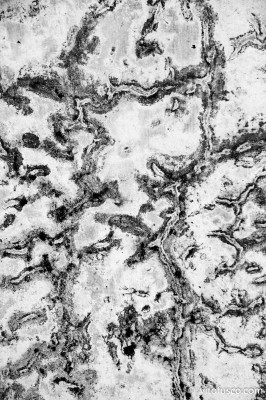 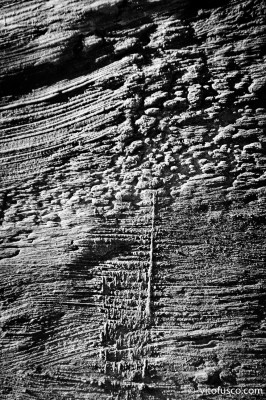 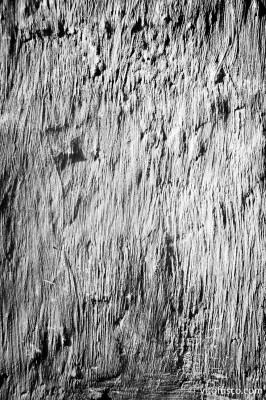 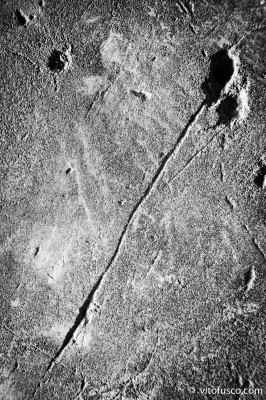 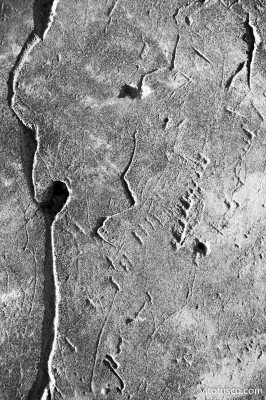 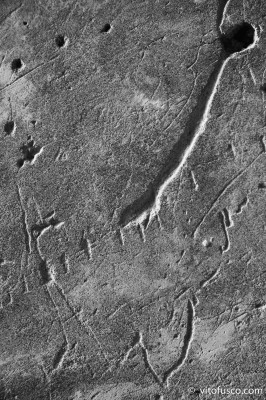 The photographic project was carried out on the scratches of various walls of Positano.

The idea came from the desire to make “eternal” what inevitably would be lost … signs of the time, stories and “resettled” images with stucco and cement.
works of art, abstract sculptures, masterpieces covered by a new canvas, flat, on which will be “written” new stories, forgetting their past.

Here is a text of Vincenzo D’Urso inspired by the project.

“Lunar Scratches on the walls that give the neglect of years. It accompany years of rumors, of looks, of hands. The rain confuses their colors, suit forms, scratch volcanic veins.

A spiral: the past that repeats itself, amplifying it. A labyrinth, an earthquake, an ocean floor, a black spot; anxious representations of the passing of a life with bloody-called maintenance.

How many arms, how much violence, how many punches in the walls raised up in their beauty.

Created and abandoned, individually without coercion, without amendment. frozen waterfalls and vomiting and spasms and nightmares and fears.

The invisible and useless turn, appears to the eye disturbed.

The scratches on the walls give the abandonment of the years.”